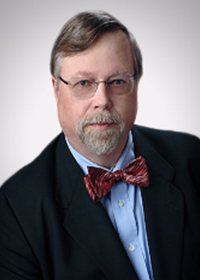 Scott A. Bremer has practiced in the public finance and federal tax law areas since 1975 and is widely recognized and respected as bond counsel and tax counsel. He has served as bond counsel, special tax counsel, underwriter’s counsel, borrower’s counsel, issuer’s counsel, and counsel to credit enhancement providers in tax-exempt and taxable finance transactions. His experience in public finance is extensive, having served in such capacities in connection with general obligation, municipal utility revenue, limited tax, special assessment, advance refunding, health and educational facilities, and multifamily housing and industrial revenue bonds nationwide. He is also experienced in drafting and reviewing various tax-exempt obligation derivatives, investments contracts and hedging agreements.

In addition to the above-listed transactions and others, since 2000 he has:

For the past several years, Mr. Bremer has been invited to be a panelist at the National Association of Bond Lawyers’ Bond Attorneys’ Workshop discussing matters relating to legal opinions and ethics, including serving as Chairman of the panel 2010-2012.